The Lonely Spirit has been long listed for the Historical Fiction Company's Book of the Year Awards. This book is also an Indie BRAG Medallion honoree, as well as being a winner for historical fiction in the Firebird Book Awards for Historical Fiction.

The Lonely Spirit is a short story collection sprawled across the Old West. As the only half-Comanche U.S. Marshal, L.S. Quinn straddles two worlds, searching for peace in both.
Quinn is one of the best Marshals, well-respected for finding criminals and bringing them to justice. His adventures pit him against criminals like Florence Finnegan, the famous brothel owner and gunslinger, and Jack Mattherson, whose attack on U.S. Senator William Quincy brings out Quinn’s desire for revenge. But Quinn isn’t always lucky: when one of his partners turns into his enemy on a lonely stretch of land, Quinn no longer knows whom to trust.
The fight between the Comanche and the United States Army is never far from Quinn’s mind, either. When the Army kills his fiancée, Quinn  finds himself a lasting enemy in Colonel Ranald Mackenzie.
But Quinn’s journeys also bring him into contact with kindness he does not anticipate in such a wild land. To his surprise, sympathy comes in the form of Colonel Robert Graypool, whose level-headed command of the Comanche reservation at Fort Sill brings out Quinn’s respect when he least expects it. Humanity also resides in Dr. Mary Newcomb, one of the few women physicians of the day. In both of them, Quinn finds some of the community for which he searches.

Tales of the Romanov Empire is a novel in short stories that sheds light on the Romanovs’ unknown figures, from the election of Mikhail Feodorovich, the first Romanov tsar, to the bride shows that were staged to help Tsar Alexei find a wife. Grand Duke Konstantin, the Romanovs’ famous poet, comes to life as he and his favorite cousin, Grand Duke Sergei, examine their ideals and their sexuality in a world that is hostile to them. All the while, as the empire’s Jews struggle amidst the Romanovs’ pogroms, many make the decision to flee to the freedom of the United States- these stories in particular are based on Tamar's own family history.

This novel contains stories of war, stories of personal gifts and choices bent to an autocratic ideal. In their telling, the vast human cost of absolute power- on both the oppressors and on the oppressed- becomes clear. This book is available in both paperback and e-book: 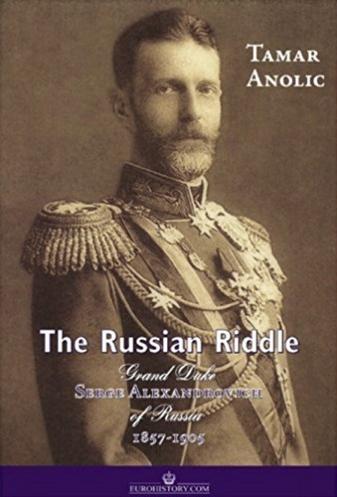 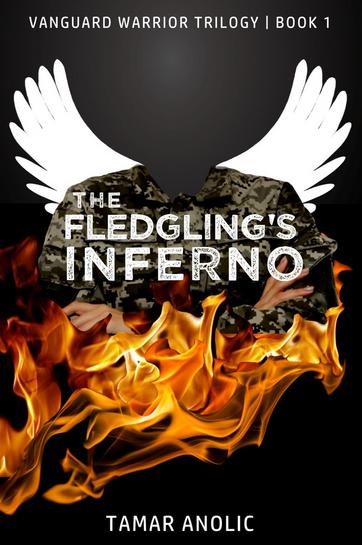 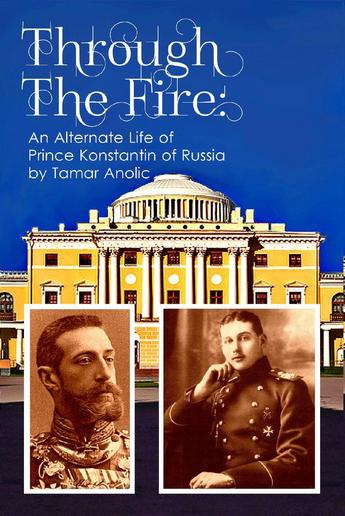 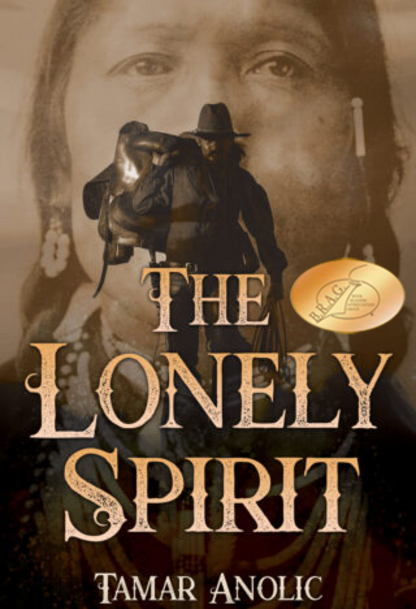 You don't know what power you have inside of you. Eighteen-year-old Katie McMann enrolls in Norwich University's Corps of Cadets to continue a family tradition of service. When a routine cadet training exercise pushes her to the limit, her body suspends in free fall, exposing a rare genetic trait that allows Katie to fly. Her unique power lands her in the crosshairs of the Military Genetics Control Board, led by the secretive Colonel Henry Gibson and aided by the sinister Professor Tristan Hayes. Both men are working to engineer and control the gene. Katie is not in the plan. With the Military Genetics Control Board swiftly mobilizing under the guise of ordinary military school operations, Katie must learn to harness her power in time for the fight of her life. "The Fledgling's Inferno" is the first book of a planned trilogy. It is currently available at: 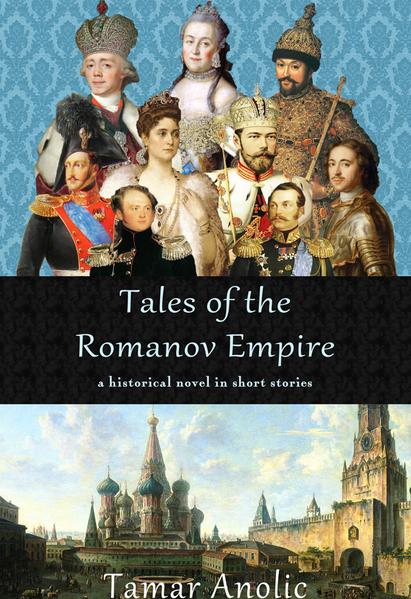 "Through the Fire: An Alternate Life of Prince Konstantin of Russia" is a novel in short stories about Prince Konstantin Romanov. Konstantin was a lifelong soldier who fought bravely in World War I. He was also a cousin of Nicholas II and was the third son of the Grand Duke Konstantin, the imperial family's greatest poet. "Through the Fire" examines the life that Konstantin might have lived if the Russian Revolution had not happened. It is set in the same alternate historical universe as Tamar's previous novel, "Triumph of a Tsar."

"Through the Fire" is available both in paperback and as an e-book: 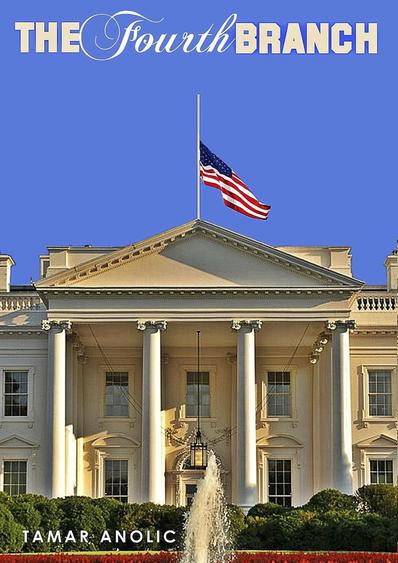 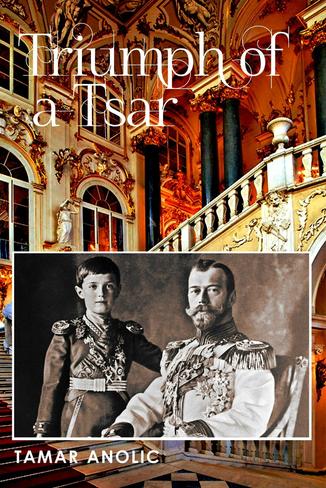 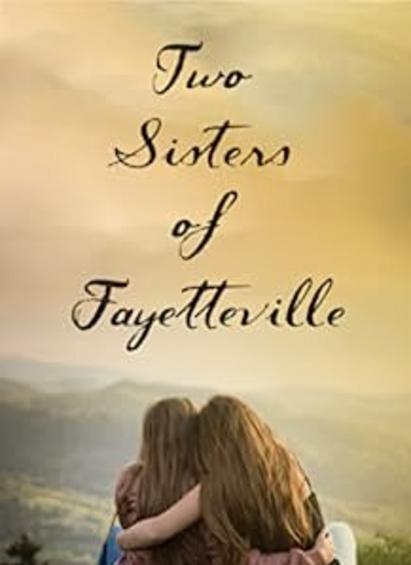 The Fourth Branch is a modern-day political thriller. When neo-Nazi Leopold Stolze is elected President of the United States, he uses the power of his office to mold the country to his right-wing ideals. This book is available here:

Vsevolod Ioannovich Romanov is a member of the Russian Imperial family, a Prince of the Imperial Blood….. and a spy against the Nazis. From Warsaw to Budapest, Rome to Tsaritsyn, Vsevolod assumes various disguises as he infiltrates the Nazi’s front lines. All the while, the intelligence he sends back to Russia frustrates the Nazi war machine at every turn. As he takes out multiple Nazi spy rings and kills many high-ranking officers of the German army, Vsevolod becomes the Nazis’ most wanted man. However, after several years of war in which his life is constantly in danger, Vsevolod slowly starts to crack under the pressure. As the war nears its end, Tsar Alexei II has one more mission for Vsevolod- being stationed in Berlin as the heir to the Russian throne tries to kill Hitler! Will Vsevolod be able to handle this last assignment? Or will he fall apart completely, endangering the lives of everyone around him? "The Imperial Spy" is available at. 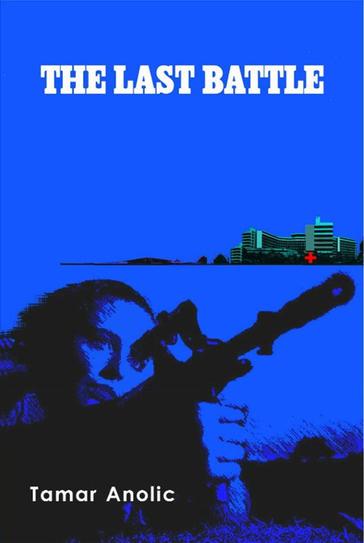 ​​​"The Russian Riddle" is the first published nonfiction biography of the Grand Duke Serge of Russia. Serge was a son of Tsar Alexander II, the "Tsar-Reformer" who liberated the serfs. Serge was also uncle of Nicholas II, the last tsar of Russia, and was married to Princess Elizabeth of Hesse und bei Rhine, one of Europe's most beautiful princesses. After loyally serving in one of Russia's most famous elite guards regiments, Serge became Governor-General of Moscow. 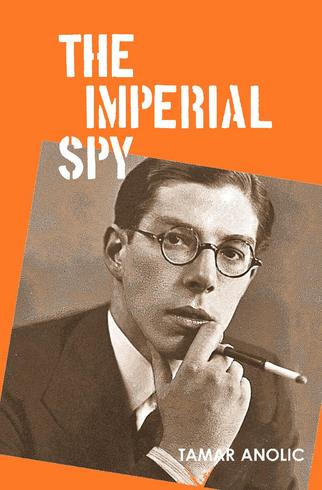 Two Sisters of Fayetteville is a YA contemporary novel that follows the two oldest sisters of a Quiverfull family.

Seventeen-year-old Joanna Upshaw and her sister, sixteen-year-old Hannah, are two of twelve siblings in an insular, conservative, and evangelical Christian family- same as the Duggars, whose reality show they watch on TV. Joanna in particular is exhausted by the demands of helping her mother with the housework and childcare attendant in such a large family. She is also beginning to realize that she doesn’t measure up to her parents’ vision of a perfect Christian woman- or to any of their strict rules.

Hannah is the sister that Joanna is closest to, the one that shares her fatigue and anxiety. Both of them have spent their whole lives learning that their highest calling is to marry and have as many children as possible. However, as Joanna watches Hannah and two of their brothers court with the intention of marrying, she questions whether she is capable of doing the same, especially as her parents shoo her marriage prospects away one at a time. Afraid of becoming the old maid that never amounts to anything, Joanna finally makes plans to get away from her parents forever.

"Triumph of a Tsar" is a work of alternate historical fiction in which the Russian Revolution of 1917 is averted, and Alexei, the hemophiliac son on Tsar Nicholas II, comes to the throne. It is August, 1920,  when Nicholas dies suddenly and Alexei becomes tsar. Communists such as Lenin, Stalin and Trotsky view the political situation as ripe for revolution, but they realize that the popular Alexei stands in their way. To make matters worse, Alexei’s hemophilia, the disease that has threatened him his whole life, returns to haunt him. With his life in constant danger from internal threats, Alexei must also navigate the external threats of fascism and Adolph Hitler. Slowly, Hitler’s menace increases throughout Europe until he tries to kill Alexei himself. Only then does Alexei realize that another World War is the only way to stop his German enemy.

In "The Last Battle," Colonel Zahara "Zac" Madison is one of the Army's highest-ranking female officers in the Iraq and Afghanistan wars. During her third deployment, Zac's convoy is attacked.  After being forced into a disability retirement, Zac has no choice but to return to Tulsa, Oklahoma, where her grandfather left her property. Zac is now at a dead end in life: permanently injured, separated from the military, and too close to her small Arkansas hometown and her abusive, dysfunctional family. Zac’s battle scars have also produced PTSD and uncontrollable anxiety, and she is faced with the VA’s impenetrable bureaucracy at every turn. As her woes mount, Zac struggles to decide whether to plan her future- or whether to end her suffering once and for all.